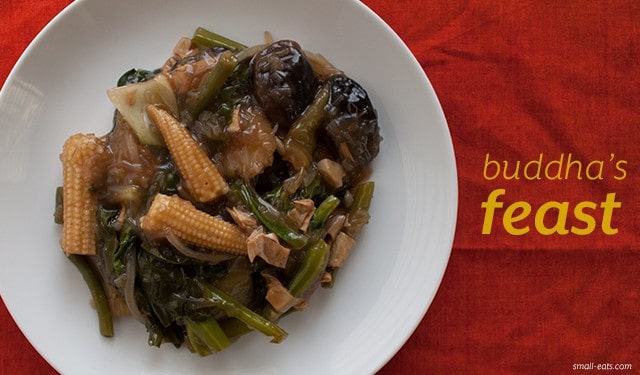 You are here: Home / All Year / Buddha’s Feast
2 shares

In one of my earlier posts, I mentioned that someone dear to my heart was in the hospital. I didn’t want to say that it was my grandma, my last grandma, my last surviving grandparent. I didn’t want people to know because I wanted her to get better. I wanted this to just be another thing that would become a distant memory that my grandma and I would briefly mention the next time I saw her.

My grandma couldn’t beat it this time and passed away on December 12th. 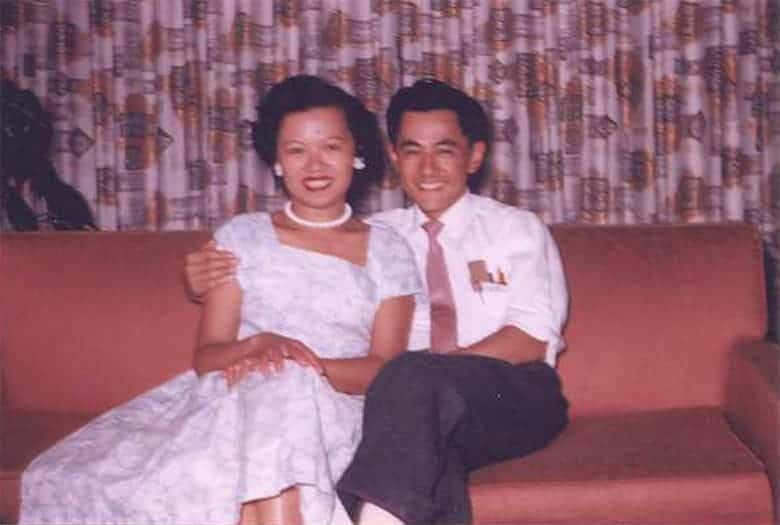 Betty saw a lot of things in her long life. She moved out of Chinatown. She and my grandfather moved up in society. They lived in a beautiful house built by my grandpa and my dad that was the place for celebrating. She saw a lot of wonderful things and had a lot of great memories. But she also had struggles. She lost my grandfather to cancer and had spent the last 20 years without him. She had health issues. She attended a lot of funerals as time went on. Aging made things different and more difficult.

Grandma and I weren’t very close as I was growing up. She lived in San Francisco and I grew up mostly in the South. I saw her every other year for Christmas and talked to her briefly on the phone around other holidays, sent her cards for her birthday. I knew she was proud of us, but we didn’t really have a deep relationship.

My relationship with her had changed over the years partially due to my other grandma, Gloria. Like I’ve mentioned before, Gloria passed away my freshman year of college. It became very clear to me that I needed to give my last grandma, my last grandparent, more attention and love.

I was now in Los Angeles and started to visit her on my own, rather than with my family or other family around. I sent her more cards, just because, to say hi, to wish her well. I sent her cookies for the Christmases my family didn’t spend with her. I started going up for Chinese New Year. I wanted her to know that I cared about her and I appreciated her.

While I got my love of baking from my grandma Gloria, I got my love of cooking and food from my father and grandma Betty. My great grandfather worked in the restaurant industry in San Francisco. When we visited her, we always indulged on good Chinese food and dim sum.

I got stuck trying to find a recipe to honor her memory. Out of the eleven Chinese cookbooks I own, most of the dishes had no connection to her, to the things we ate together. I eventually found a kind of dish, jai choy, that will probably be served at the memorial lunch I’ll be attending soon. It’s a vegetable dish that would traditionally be left at a loved one’s grave to bring them into the afterlife and also served at the memorial meal for the family. While our family isn’t extremely traditional, I thought it would be the best way to remember her.

I modified this Buddha’s Feast recipe I found to have the vegetables that my family most commonly ate, so if you’d like to substitute or omit any, feel free.

Goodbye, Grandma. I love you. I miss you.

In a medium sauce pot, bring water to a boil. Once at boil, remove from heat and add dried bean thread noodles. Completely submerge in water and let soak for 10 minutes. Once soaked, drain and set aside.

Combine stock, oyster-flavored sauce, soy sauce, and sugar into a bowl. Mis together and set aside.

Heat a wok (or very large skillet) over high heat. Once hot, add vegetable oil and coat sides with it.

Add bean curd and cook for a minute. Once done, add red bean curd, bean sprouts, baby bok choy, mushrooms, Chinese broccoli, water chestnuts, bamboo shoots, green beans, baby corn, and stock sauce. Stir to throughly combine then bring to a boil. Once at a boil, bring to a simmer and cover the wok. Let simmer for 10-15 minutes, until the vegetables are at your desired texture.

If you'd like a thicker sauce, add in a cornstarch and water mixture to thicken.