You are here: Home / Travels / The Big Traveling Potluck, a Homecoming
0 shares

It’s been about a week since the best weekend of the year.

I’ve been planning this blog on and off for over three years. Towards the end of last year, the universe was making it clear that now was the time. During my flurry of research and work, a friend told me about The Big Potluck. Even though most of their weekend conferences were on the East Coast, in April they were coming to West Coast! And only two hours south me! The speakers they lined up were amazing, the price was right, and the small number of people sounded great.

The day they opened ticket sales, I was staring at the computer, constantly refreshing the page until I could buy a ticket. After I got one, I started to see the list of people attending. Besides the amazing keynotes, bloggers that I read (and totally admire) were coming. Lots of them.

The Big Traveling Potluck became a deadline. Life would crash in like waves at high tide, but in the back of my mind I knew. I need to have this blog launched.

And I made it work. The Friday of Big Traveling Potluck, I posted my first posts, then jumped into the car and drove down to Temecula.

I was so nervous! I was so afraid that two posts and a brand new blog weren’t going to be enough. Some of my blogger idols have been doing this for years! They’ve been published, have podcasts or tv shows, they’ve done amazing things. And I’m a baby blogger.

After some insane traffic, I finally made it to the dinner that kicked off the weekend. I met Chris, who had given me the address of the place (since we were supposed to take a bus there and I missed it). He handed me a name tag and asked “Do you know anyone here?”

No. Only by their reputation.

After a few awkward walk-arounds, I finally plunked myself down at a table with other people. Hellos were exchanged. What’s you’re blog name, what’s it about, were soon asked. Because I was so nervous, right after answering those, I blurted out, “I just put my first post up today.”

I braced myself for the “Oh. Good for you.” or that dreaded “Oh boy, a newbie.” look.

“Oh! Congratulations! That’s so exciting!” came out instead. Phew!

That repeated itself throughout the whole weekend. Everyone I told was genuinely excited that I was there and had started. It felt amazing.

The events of the weekend were pretty awesome too. Friday’s dinner was all from local purveyors and sponsored by Whole Foods. Saturday morning we had a delicious breakfast and then listened to amazing people talking about mission statements, inspiration, motivation, specializing, and truth. 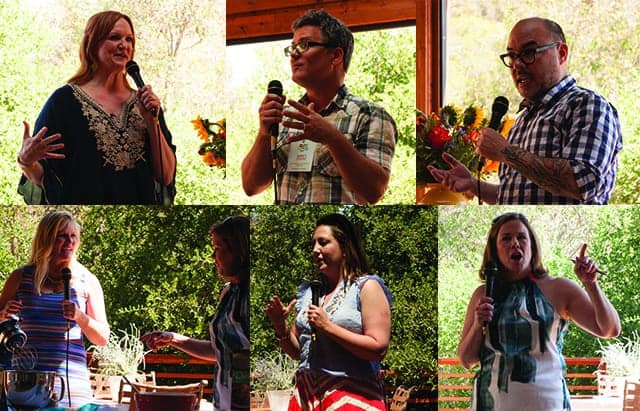 After all of the speakers, they opened it up for us to talk. One by one, people went up and talked about how amazing and supportive everyone was. As they kept talking, butterflies started multiplying in my stomach. You should say something. You should talk. Out yourself as a newbie.

Debra, the moderator for the open mic, said “Anyone else?” I raised my hand.

Just as I started to speak, a swell of emotion hit me. I was going to cry. Geez.

“That’s okay,” Maggy, one of the organizers, said. “Everyone cries.”

So I started to talk. I got over the embarrassment of crying (and the way my voice sounds when I cry, which I hate) and told them. I told them this event and the peer pressure I had created pushed me to publish this blog and my two posts. I thanked them for being surprisingly supportive. And I told them, that for only the second time in my life, I had found my people.

After I sat down, the butterflies and the anxiety that I had felt all weekend were gone. The rest of the weekend felt different. People would come up to me and introduce themselves and tell me what I did was brave, they would congratulate me or give me blogging advice.

They kept showing me just how wonderful the food blogging community is, and how this is the place for me. 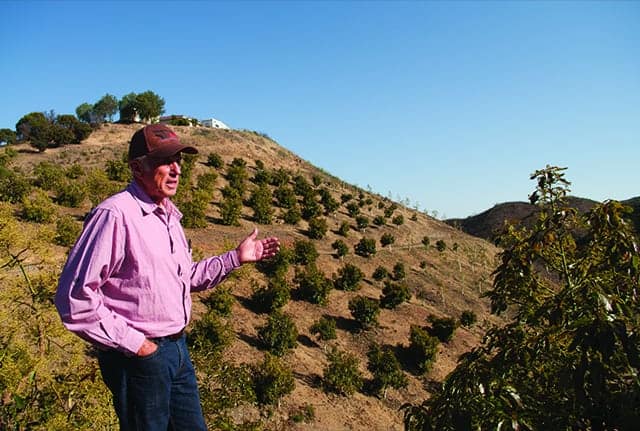 After the speakers and my confessional, we met some amazing avocado farmers who showed us their groves. 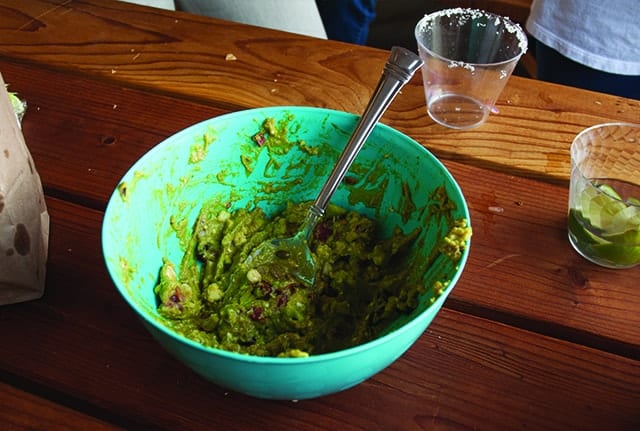 Gaby celebrated the release of her book, Absolutely Avocados, with a guac making contest. My team, The Fuerte Five, won! Fuerte Five forever!